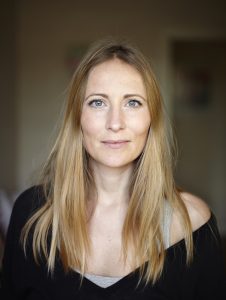 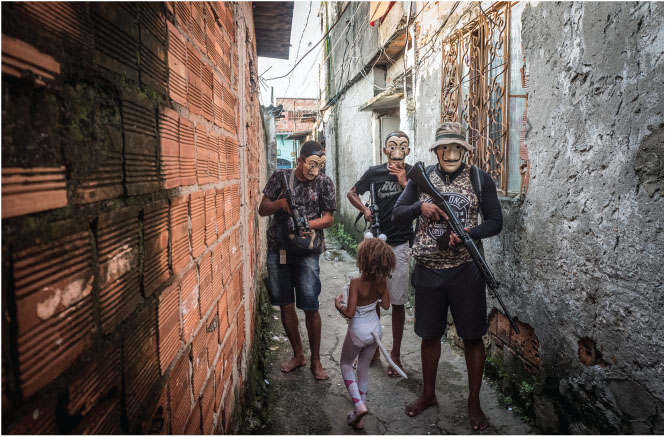 Véronique de Viguerie was born in 1978 in Toulouse. She is a multi-award-winning photographer, represented by Getty Reportage and Verbatim Photo Agency.

She currently lives in Paris.

Her father was a photographer, and she in turn fell in love with photography from a young age. Dreaming of entering the military, she got a law degree in the
hope of passing the officer exams. But she ended up choosing photography and went to follow a course in London.

Her first experience in the field was in Afghanistan. She was sent there by the Lincolnshire Echo, the newspaper with which she was doing her final internship.

She worked there for three years and, since 2006, she has covered stories the world over, notably in Iraq, Lebanon, Israel, Kashmir, Cameroon, Guatemala, Uganda, Mali, China, Haiti and other countries.

Véronique accepted these difficult missions bravely and also developed her personal projects in some of the most dangerous places on the planet. She often works with her friend, Manon Quérouil-Bruneel, a French journalist.

Manon Quérouil-Bruneel and Véronique de Viguerie split their tasks: while Manon writes, Véronique takes pictures. Together, they assemble their reports and travel the world on the lookout for new stories. Together they have been to Syria, Iraq, Afghanistan, Nigeria, Egypt, Brazil and Yemen, amongst others.

Véronique’s work is often published in Paris-Match, the New-York Times Magazine, Newsweek, El Pais, Stern, Der Spiegel, Figaro Magazine, Geo, Marie-Claire, Mail on Sunday, the Guardian, Optimum. She was especially noticed for having worked with the Taliban in Afghanistan, Pirates in Somalia, Petrol pirates in Nigeria and female assassins called Sicarias in Colombia, as well as the National Movement for the Liberation of Azawad in Mali.

In 2006, she published her first book with Marie Bourreau, Afghanistan, Regards Croisés; published by Hachette.

In the summer of 2008, Véronique covered a story in Afghanistan for Paris Match which was polemical. Indeed, while she was with a Taliban group, the latter
ambushed a French army detachment and killed ten amongst them. Véronique asserts the integrity of her work as a journalist.

In autumn, she carried on with a story on pirates in Somalia, at a time when the topic was starting to gain a wide international reach. Her project on pirates was published in more than 40 platforms the world over, in over 20 countries.

Véronique has documented various topics such as petrol piracy in Nigeria, the humanitarian crisis in Afghanistan, the women’s rights defence group FEMEN, the LRA hunt (Lord Resistance Army), the medical-legal work on mass graves in Abkhazia or landmines in the Balkans. She also does documentation work on Western mercenaries who joined the Kurdish forces in Iraq in their fight against the Islamic State.

In 2012, Véronique was chosen by HBO to be one of three photographers to partake in the Witness show for her work on the Arrow Boys in South Sudan.
In 2019 Reporters without Borders published their 60 th issue “100 photos for Press Freedom” dedicated to Véronique de Viguerie, for showcasing the risks taken by
journalists.

That same year, she once again published a book with Manon Quérouil-Bruneel, Yémen, la guerre qu’on nous cache with Editions Images Plurielles, and the following year, Iraq Insh’allah with the same publisher.

“Afghanistan Insh’Allah” at the Visa Pour l’Image in Perpignan in 2007 as well as at the Scoop Festival in Angers in 2008 at the Cosmos Gallery in Paris
“The Oil War, Niger Delta” at the Bayeux Festival for War Correspondents in 2011
“Stop black and white” in the Tedex Talk of October 5, 2014 at the Théâtre du Châtelet in Paris
“The Hidden War, Yemen” at the Festival Visa pour l’Image in 2018 in Perpignan as well as at the festival of war correspondents in Bayeux

2003: Student of the Year at the Picture Editor Awards

2006: Canon Award for Best Female Photojournalist of the Year at the Visa pour l’Image in Perpignan
Winner of the Lagardère Grant for Young Talent

2007: Prize for young photographer at the Scoop Festival in Angers for “Afghanistan Insh’Allah”.

2009: 3rd prize at World Press Photo in the Contemporary Issues category for her work on feminicides in Guatemala.
Finalist at the Sony Awards for his work on the “Kushis” in Afghanistan.

2010: Audience Award for Best War Report and Nikon Award at the Bayeux Festival for “The Oil War in the Niger Delta”.
Finalist for the Best Photoreport of Paris-Match