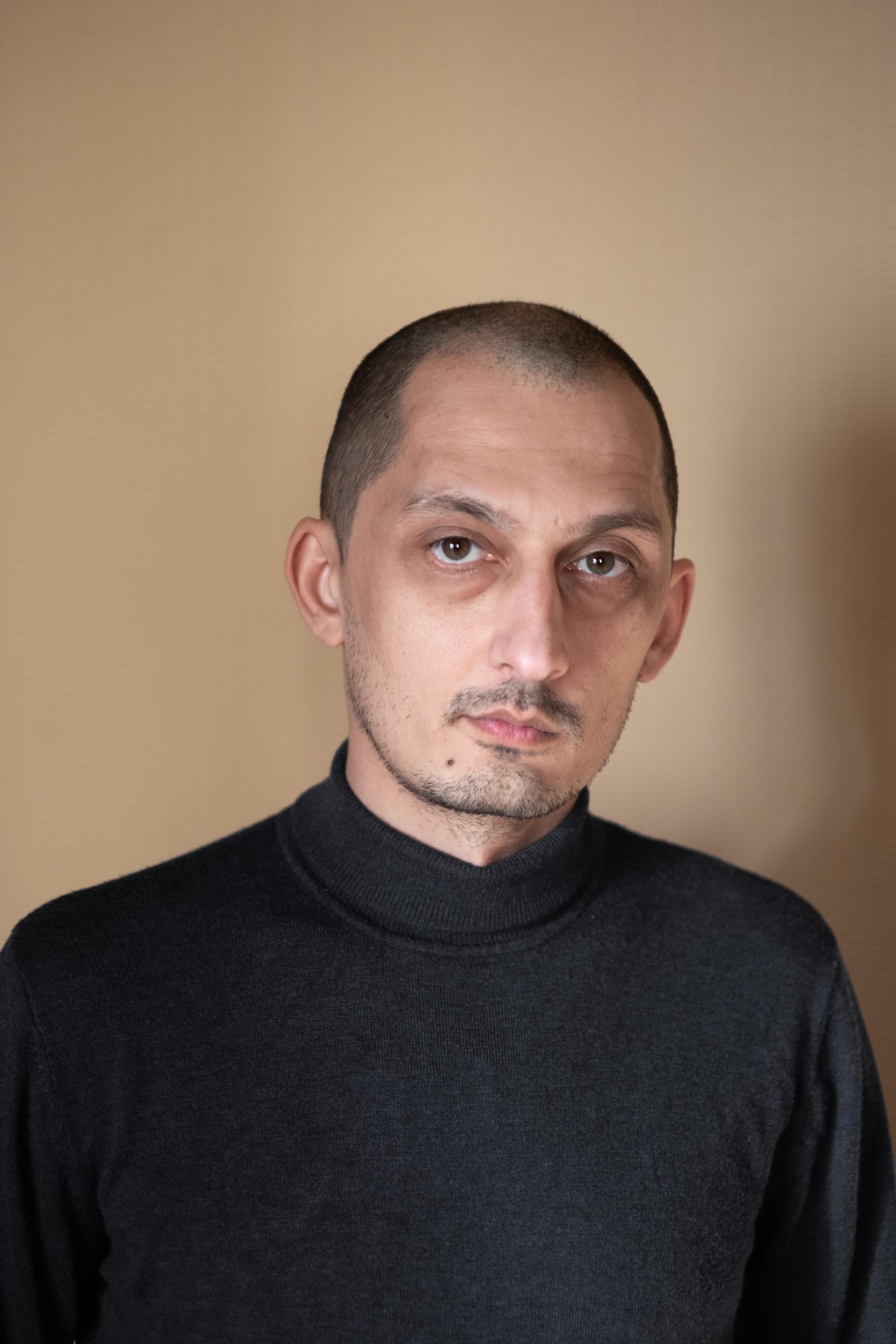 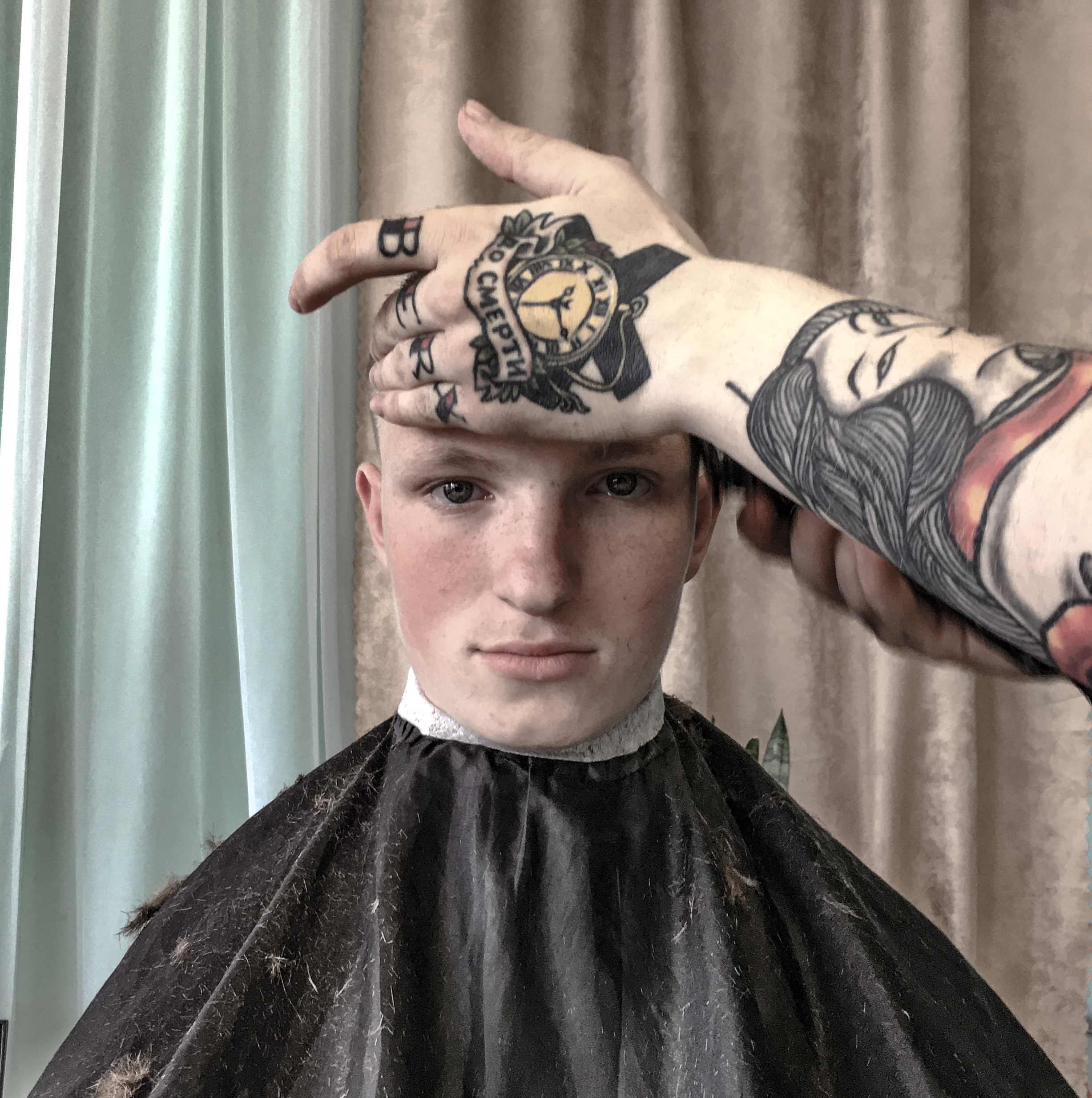 Dmitry Markov (Дмитрий Марков) is a photographer, social worker and journalist, born in 1982 in Pushkino, Russia. He currently lives and works in Pskov.

Dmitry grew up north of Moscow, in an industrial village. At the age of 16, he wrote an article for a local journal about his friends who consumed heroin, thereby discovering a passion for journalism. He then studied philology but left university in his third year for a full-time journalism job. He worked for weekly Russian magazine Argumenty i Facty for four years.

He then left his hometown for a village close to Pskov, a small Russian town 12km away from Estonia, where he went on to work for eight years as an educator in an orphanage for handicapped children, which he narrated in his blog. In 2009, he launched a children’s village project.

In 2013, Dmitry open his Instagram account. It was unpretentious, yet it quickly rose to fame. Everything changed when he participated in the “Burn Diary” project, for which he photographed everyday life in the town of Pskov. It won him many prizes and photographic awards.

In 2015, Dmitry Markov received a scholarship from Getty Images and Instagram for his activity as a documentary photographer, which allowed him to continue documenting the system’s castaways.

In 2016, he was the first Russian photographer to participate in the Apple photography contest dedicated to iPhones. He was chosen by Apple for their Shot on iPhone advertising campaign. That same year, he won the Silver Camera grand prize and the philanthropic activist prize.

In his flow of daily photographs, Dmitry acts as a mirror, showing the harsh life of the Russian populations that he lives and works with, the people that pass beneath the radar. He draws up an unflattering yet realistic portrait of the inhabitants of the countries’ provinces.

He got into photography quite late, but this activity soon became a partner, a travelling companion, in all the “highs and lows” of his life.

Dmitry is a man who uses photography consciously: to bear witness, of course, but also for his own good, for he is honest enough to share his contradictions and weaknesses. His activism deeply permeates his work, some of his photos stage children and teenagers from orphanages in which he has volunteered.

He devours the world with his eyes, trying to find his place in it, and, thanks to the strength of his pictures, he manages to embark us on his story. He looks at his subjects in the same way he looks at himself, without condescension or moral judgement.

His practice consists in documenting scenes with his iPhone, then sharing them on his popular Instagram account where he describes his life as a man of his times. Dmitry Markov often captures intimate and light moments shared amongst

friends and strangers, emphasizing their humanity. Over time, he has created a multi-faceted self-portrait, searching for his own identity through the presence of others.

On 2nd February 2021, while he was protesting in front of the Moscow municipal courthouse where Russian activist Alexei Navalny was standing trial, Dmitry Markov was arrested by the police. While he was in custody, he took a picture which became viral when he posted it on his Instagram account which now has over 839 000 followers.

When Dmitry isn’t taking pictures, he volunteers as a social worker.